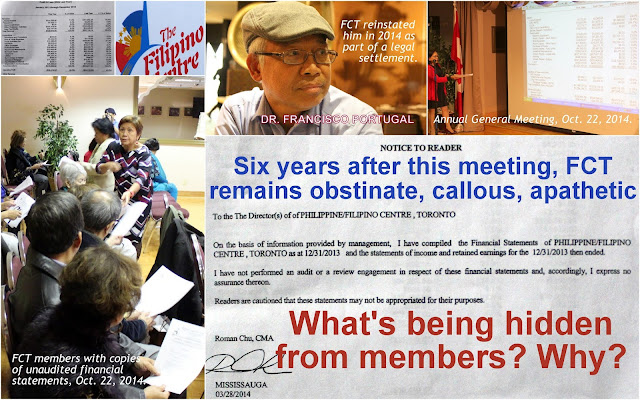 Five years and three months ago, the Filipino Centre Toronto ended its intransigence and welcomed back one of its founding members, Dr. Francisco Portugal, reinstated his membership, and agreed to pay at least $400,000 to cover the cost of protracted litigation.